For the first time ever, Westlife have been confirmed to headline New Year’s Festival Dublin performing in the brand-new Festival Village on New Year’s Eve, 31st December – with special guests Gavin James and Lyra. This exciting announcement follows hot on the heels of one of the band’s most successful years ever with sold-out Irish, European and Asian stadium dates that included shows at London’s Wembley Stadium, Dublin’s Aviva Stadium and Cork’s Páirc Uí Chaoimh. The tour continues with over 70 shows around the world.

Speaking today, Westlife said: “2022 has been an incredible year for us, seeing so many of our fans from around the world up close and personal, but there is always something extra special about a home crowd, so as we head into 2023 let’s do the countdown together, in style, at Dublin’s New Year’s Festival Dublin. It’s going to be an unforgettable party”.

New this year, NYF Dublin’s Festival Village will become a hive of activity for families and friends with fun-filled festivities for all ages. Soak up the electrifying atmosphere as a host of stellar Irish musicians and DJs will perform live across multiple stages along North Wall Quay and enjoy live music, street entertainment and the best of food delights at the festival village from early until late.

Minister for Tourism, Culture, Arts, Gaeltacht, Sport and Media Catherine Martin TD said, “I am very pleased that NYF Dublin will return this year with a full programme of arts, music and events taking place in Dublin City across New Year’s Eve and New Year’s Day. This is the first full-scale New Year’s Festival to take place in the capital since 2019 and is a flagship event for the Winter in Dublin campaign, which will encourage domestic and international visitors to celebrate in Dublin this New Year’s”

Commenting on the announcement, Orla Carroll, Director of Product Development at Fáilte Ireland said: “It is fantastic to see New Year’s Festival Dublin return this year with the iconic Westlife as our headline act, and further acts to be announced over the coming weeks. New Year’s Festival Dublin is a hero event under Fáilte Ireland’s Winter in Dublin programme and plays an important role in establishing Dublin as a must-visit destination for a winter break and to celebrate the New Year. NYF Dublin is a 2-day spectacular which has something for everyone, and we look forward to welcoming visitors from at home and abroad to ring in the New Year in our capital city.”

Tickets for Westlife at the NYF Dublin Festival Village (priced €34.90 including booking fee) are on sale now from Ticketmaster. Subject to licence.

Don’t miss out on your chance to join in with the New Year’s Festival Dublin celebrations! 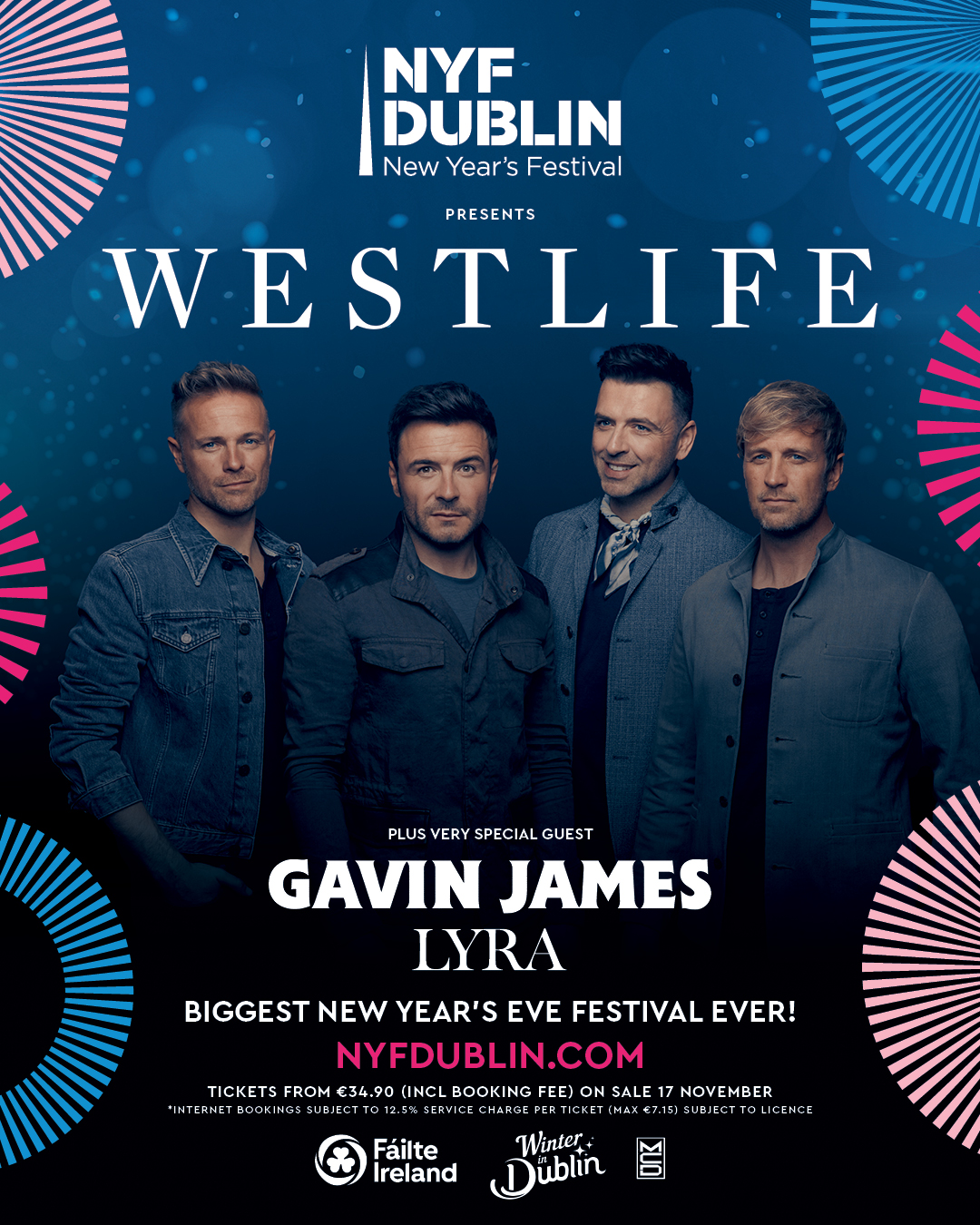 We use cookies on our website to give you the most relevant experience by remembering your preferences and repeat visits. By clicking “Accept”, you consent to the use of ALL the cookies. However you may visit Cookie Settings to provide a controlled consent.
SETTINGSACCEPT
Cookie Settings